Linked is a NY Times story about a group of anti-Vietnam War activists’ 1971 break-in into a Pennsylvania FBI office, and break-in they got away with. The documents they seized exposed FBI illegal surveillance under the reign of J. Edgar Hoover — some have now revealed their identities and say they share a kinship with Edward Snowden’s whistleblowing about NSA surveillance. 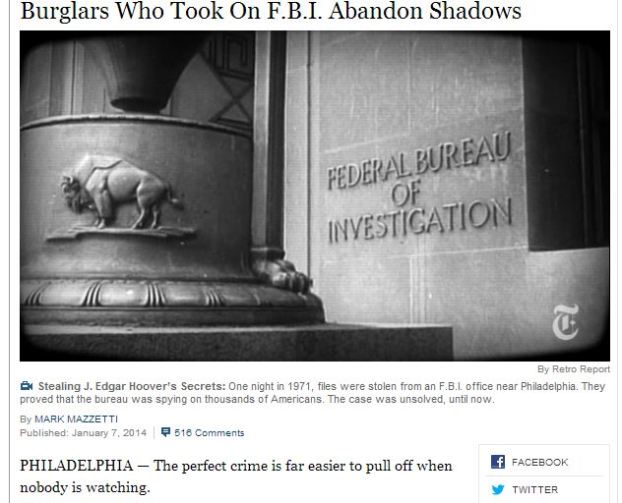