RT from a Guardian article: “The UK’s Ministry of Defence is channeling millions into funding postgraduate studies, such as ‘digital insurgency’, mapping hacker groups such as Anonymous, social networking, online influences on behavior, and tracking crowds by phone. PhD papers, sponsored by the MoD’s Defence Science and Technology Laboratory (DTSL), encompass the developing role of cyberspace as it reaches through the culture of hackers and looks into behavior in crowd situations, such as at music festivals and football matches, according to the Guardian …” (Link below) 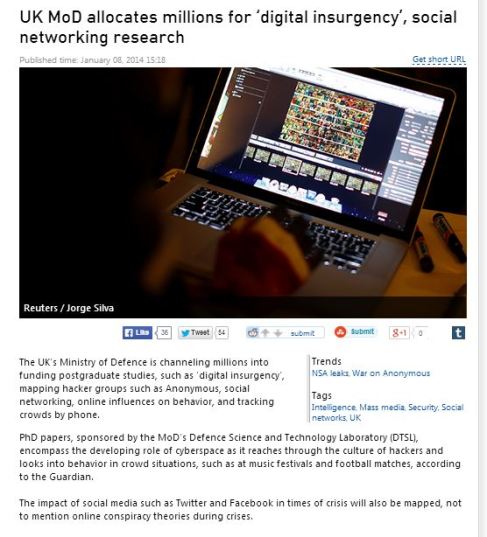